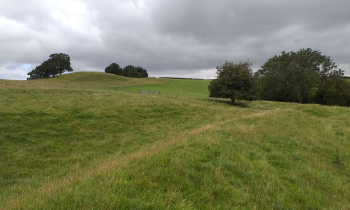 The Veiled Landscape project will seek to better understand the archaeology of the M2M project area and has recently commissioned a LiDAR survey at 0.16m resolution, making it the highest resolution survey of this area. LiDAR stands for light detecting and ranging and is a technique that uses laser scans of an area to create 3D models. The 3D models when combined with maps and aerial photography can help archaeologists to better spot potential and previously unidentified archaeological features.  This survey will also serve as a case study for the value of high-resolution Lidar data in conducting both archaeological and environmental landscape management work.

LiDAR can be a useful tool in identifying and understanding archaeological features, even ones that are obscured by tree canopy and thick undergrowth that are hard to spot in the field. Airborne LiDAR works by firing invisible laser beams from an aircraft to the ground and measuring the time it takes for the laser beam to be received at the aircraft. Measuring the time it takes to receive the laser beam gives a distance the object is from the receiver, and by collecting many hundreds of thousands of these laser points, a highly detailed topographic map can be produced. The more laser beams are fired, the more detailed the map, and the LiDAR survey of the M2M project area is the highest resolution survey that has been flown because the aircraft overhead fired many more hundreds of thousands of points than previous surveys. 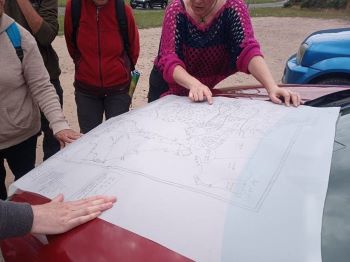 Work was carried out by volunteers and a member of staff from Nottinghamshire Wildlife Trust under archaeological supervision by NCC archaeologist on the Strawberry Hill Heath Nature Reserve. The new survey data has revealed a number of features that were labelled and then checked on-the-ground by volunteers. This process is known as ‘groundtruthing’.   The groundtruthing survey was carried out over two days (5th August and 23rd September 2021) and has enhanced our knowledge of the presence and significance of archaeological features and resources within the woodland.

Several hollow ways survive within the woodland, one set of which is a well-used Medieval routeway that went out of use some time in the post-Medieval period. There is also a well-preserved set of practice trenches from army training activities from the earlier 20th century. This is part of a wider landscape that is characteristic of this part of Nottinghamshire, as many of the large estates turned over some of their land to military usage.

Strawberry Hill has been a significant feature in the landscape since Medieval times and it appears, under different names, on numerous historic maps as well as Medieval perambulation documents. It sits on the historic boundary between the land of the abbots of  Rufford and the land of the King’s manor of Mansfield.

There are no HER (Historic Environment Record) for the Nature Reserve and records for the surrounding area are incredibly scarce, with no known archaeological work having been carried out on the site. The scarcity of records is likely a result of the extensive mineral extraction activities which were carried out before archaeological considerations were drawn into the planning process. There is a wealth of documentary evidence that indicates Strawberry Hill was once a significant landscape feature and way-marker.

Features in the western half of the Reserve are predominantly military in origin and are part of successive or contemporaneous training activities for trench warfare. Many classic features of the trench warfare system are apparent including the classic zig-zag plan and communication lines dug to connect parallel trench sets.

Two approx. SW-NE trenches lead to a circular trench with a cross of smaller works in the centre and of differing construction. The most southerly one is well-defined in shape and form, whereas the one to the north appears to be much rougher. 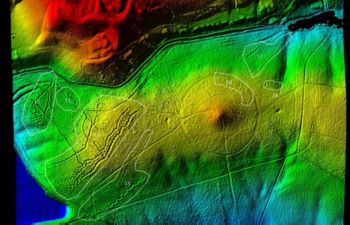 These are in reasonably open woodland and not too difficult to access. They are part of the wider landscape of 20th century military training activity. There are smaller pits across an area to the north and north-east of the hill, which range in size from approximately 1x0.4m to 3x4m and may represent ammo stores or dugouts.

Former pathways are evident across the rest of the Reserve and these are likely to be of varying ages. The most significant of these, hollow ways, is recorded as features 05 and 10.

These are sections of deeply eroded ‘U’ shaped hollow ways that almost certainly represent a Medieval routeway between Mansfield and Bilsthorpe, which passes by Inkersall on the north side of the dam. 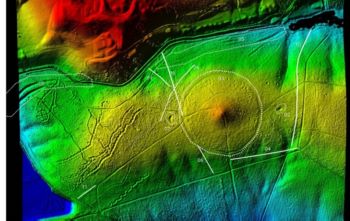 This appears on the 1637 map of the Rufford Estate drawn by Bunting. Given the significance of the hill here in the landscape, historically it is possible that some of the other recorded hollow-ways may have significant age to them.

The next phase of the project will be to conduct testing of buried soils and sediments in areas which show archaeological features and former river courses in the LiDAR data. Testing these places can tell us a lot about the historic environment and how the landscape has changed over hundreds and thousands of years. In addition, teams of volunteers will continue to ground truth different areas within the project area.

The Archaeological Groundtruthing of Lidar Survey – Strawberry Hill Wood written by Emily Gillott, Nottinghamshire County Council Archaeologist is available to read. On behalf of the Veiled Landscape project, we would like to thank Dr. 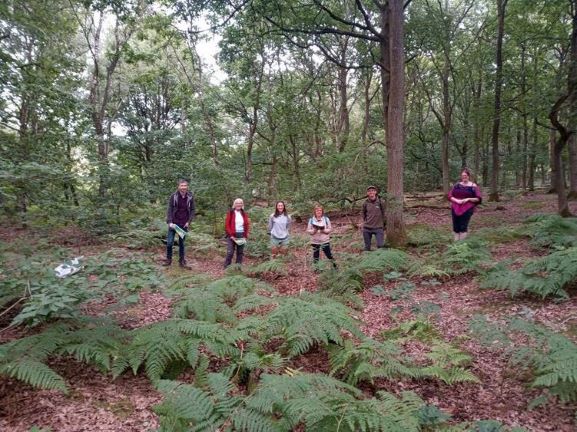 Chris Brooke at Nottingham Trent University; Natilee Alderson at Nottinghamshire Wildlife Trust and to her team of hardworking volunteers, and to Emily Gillott,

Nottinghamshire County Council archaeologist for all their work and support in this project to date.

If you’d like to know how to get involved or you want to know more about the Veiled Landscape project, please contact Tori Bedingfield at Tori.bedingfield@nottscc.gov.uk

Scroll to top of page